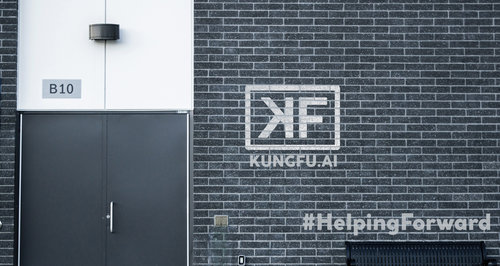 KUNGFU.AI AI for Good #HelpingForward- Year in Review and Plans for the Coming Year

The team we are building at KUNGFU.AI, like many in the world of artificial intelligence, are some of the smartest and most talented — and frankly advantaged — people in today’s technology-driven world. But being smart and successful without having meaning in life can lead to feeling empty and unfulfilled. If our team is fulfilled, we maximize our ability and motivation to help and serve clients.

At KUNGFU we work to foster a culture of giving back and live the philosophy that “to whom much is given, much is expected.”

And so in May, we launched our first formal pro-bono effort. On the last Friday of each month we opened our doors to the Austin community under the banner AI for Good #HelpingForward with the goal of helping to give back through the things we know best: data science and artificial intelligence.

We had some great meetings with members of the community. One of the highlights was meeting with the founder and CEO of Allies Against Slavery, an organization that works to eradicate human sex and labor trafficking, where there are an estimated 313,000 victims per year in Texas alone.

Allies Against Slavery was in the process of developing a tool called Lighthouse for professionals working with vulnerable populations to help spot the signs of exploitation and make informed decisions. Without a background in AI, they had a myriad of questions on what the 'art of the possible' was in relation to artificial intelligence and what data would be required to support their aspirations.

Even though we’re still a young company, we’re working to develop a corporate culture of philanthropy. In 2017, we proudly supported Women Who Code and CODE2040, two organizations that are aligned with both our mission and values that are doing great work in our hometown of Austin, Texas as well as around the country. In 2018, we proudly supported Allies Against Slavery and StartOut  a group that promotes LGBTQ entrepreneurship and, among other things, runs a weekend long hackathon in April called HackOut.

Commitment to Diversity and Inclusion

We are committed to building a culture that is both professional and hardworking while also collaborative, open, and fun. In our hiring, we’re intentionally working to build an inclusive and diverse team.

However, we give ourselves poor marks in 2018 on this front as far as results go despite our efforts. We proactively looked for women and people of color as candidates for the roles we’ve been hiring for and had good success. However, the competition for talent with people with AI skills and experience is fierce and we were unsuccessful in landing several people who would have brought needed diversity to our team.

Undaunted, we are doubling down on our commitment to diversity and an inclusive culture. Several of our team have either participated or are signed up to take Leadership Austin’s Beyond Diversity/Courageous Conversations training and one of our co-founders is an active participant on a city-wide diversity committee with high profile leaders from a variety of industries.

And we are proud to be the first startup to take The Startup Diversity and Inclusion Pledge, an effort that is being led by one of our co-founders and that members of our team are supporting.

Finally, as part of our AI for Good open office hours, we introduced the idea of #HelpingForward. The idea is that if you are a woman and/or from an underrepresented group in the tech community looking to break into the fields of data science or artificial intelligence, you can stop by our open office hours and you can help us give advice to the companies that show up and and we can give you advice on breaking into the field. Last year, multiple such people joined us during our open office hours and we feel good about the advice we were able to give and leads for opportunities we were able to share.

It may be ambitious, but we hope to start a movement under the banner #HelpingForward. We are encouraging all companies  to open their doors once a month to help nonprofits, public sector groups and other organizations and individuals that are looking to make a positive change in the world. And, at the same time, to welcome traditionally underrepresented people in their industry or sector who are looking to break into their field to help these organizations as well and see where it might all lead. While a very simple concept, the possibilities for making positive change are tremendous.

‍We couldn’t be more proud of our AI for Good efforts in 2018 and are excited about the prospects for 2019.  We’re off to a strong start. From our first introduction to Allies Against Slavery at one of our drop-in meeting, we organized a meeting to introduce them to a team of data scientists at HomeAway in January and are in the early stages of planning a hackathon to help support their mission. The prospect of helping such important and impactful work is very gratifying.

A few weeks ago we also spent time with a group of over twenty undergraduate and graduate business students from the University of Colorado Boulder touring Austin as they work to figure out what their future paths look like. We walked them through a brief history of AI and an exercise to introduce them to our AI Canvas. The excitement was palpable and feedback very positive.

And, just last week one of our co-founders was a judge at the UIL Robotics League for the Austin and surrounding area high schools.

Beyond these efforts, we plan on continuing our AI for Good #HelpingForward Open Office Hours, working hard to increase the diversity of our team and promoting the diversity pledge, and participate as mentors in HackOut. We’re on a journey and we’re excited to see where all this activity will take us! 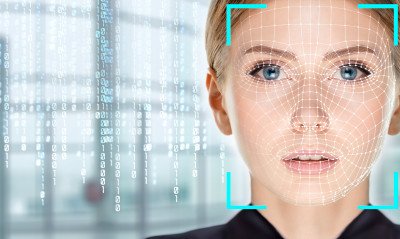